So we were walking back from California Sandwiches and Gauthier started telling a story about clearing minefields with sandbags and I offered the suggestion that before long, someone would make a mine that compensated for that technique.

Kevin noted that land mine design is really just a special case of interface design. Special and murderous. We decided land mine manufacturers should hire Jeffrey Zeldman or someone to design their land mines. Kevin came up with a slogan:

"Never more than two clicks away from DEATH!"

This is the sort of thing we talk about at lunch. Current events, interface design, and DEATH. I love my job.

So I originally posted this over on the FreshBooks blog and I kept meaning to post it here but now it's November. Oh well, I still think it's cool.

Fellow Freshbooker Taavi and I came in on the weekend before the big day with a can of spray paint and a defenseless Bondi iMac and today the FreshBooks office is now properly festive for Hallowe’en with our new iMac-O-Lantern! 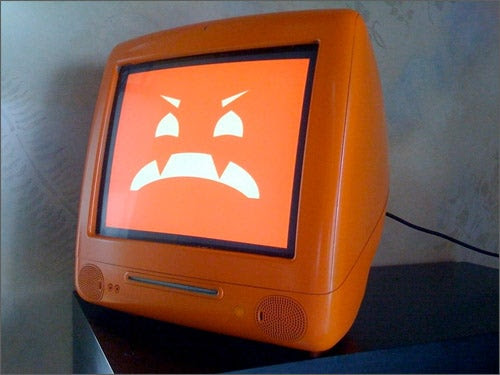 We got the idea from this awesome Instructables article. Today somebody went and added a FreshBooks leaf to our newest little orange friend, so he’s properly branded.

The face changes every twenty minutes (I made them with OmniGraffle), using the JPEGView application described in the Instructables article. Here are some shots of the process: 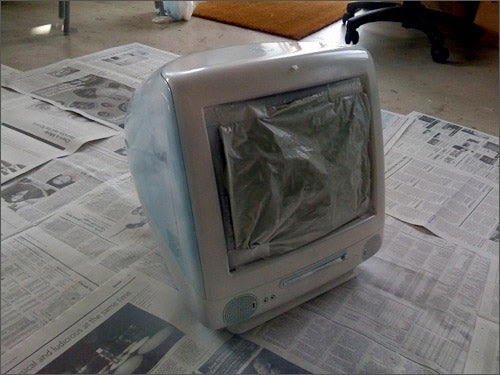 Primed and Ready to Go! 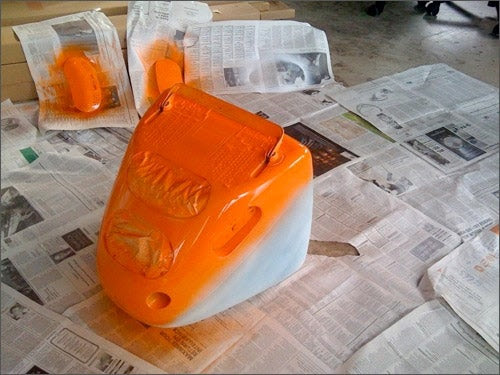 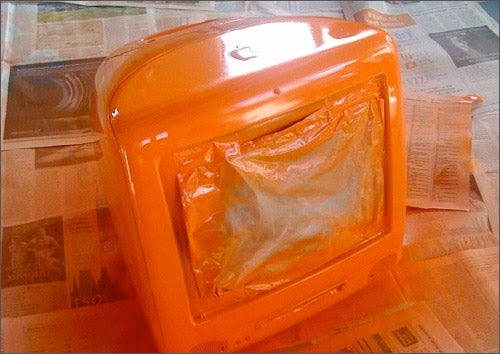 And there you have it! Unfortunately, the iMac is kind of noisy — it emits a peculiar sort of high-pitched whine. Which was kind of unpleasant for the poor fellow (Rich) who had it right next to his head. But he seems to have survived and is no more peculiar than prior to the holiday. Which is good, cause we liked him the way he was.

Anyway, it's late, but I thought it was pretty cool.

The very nice folks at Sustainability Camp 2008 have asked if I would be able to speak at their event on Sunday.

Well, to be honest, they asked my boss. And he said, "No." And they said, "Oh, pooh. We're maybe short a space." And then he said, "Hey Corey, what are you doing Sunday afternoon?"

But after SO MUCH FUN talking at ProductCamp just a few short weeks ago (and I should really write a piece on that, there's a good idea), and of course considering that there are few things in this universe I love more than the sound of my own voice (the sound of Julie Andrews' voice, for instance), it was pretty much a done deal.

So it's not yet 100% clear if I'll be speaking there or not, but my topic if I am will be Sustainability in Communities. I'm fascinated by the problem of building self-sustaining communities -- sustaining from a SOCIAL rather than an economic point of view. How do you create a community that will last? What makes long-lasting self-organizing groups different from those that collapse?

Lots of possibilities there, I think. New-style companies like Ricardo Semler runs (or that Chris and I are talking about), online hobby-based communities, and grass-roots political organizations.

Any thoughts from out and beyond? Any experiences with communities that persisted beyond expectations? Some links that have built up over the past while and ought to be shared.

The best commentary I've read on the U.S. election:

Yesterday, we built huge corporations to do tiny, incremental things - tomorrow, we must build small organizations that can do tremendously massive things.

The Homeless World Cup. People can sure be awesome.

Finally, I spent my morning re-reading one of my favourite stories of all times: Bad Aliens, Zombie Toddlers and Drunk Southern Girls With Guns, by the same author as the recent Transformers movie. And about six thousands times more fun (no offense, John, but there just weren't enough drunk southern girls with guns in the movie. Try to fix that in the sequel, okay?). Just so you understand how completely freaking awesome this story is:

“That,” Denis said authoritatively, “was no mutilated cow. It was just mutilated.” When the others stared blankly, he continued. “UFO mutilations follow a very distinct pattern. That cow – if it’s like the others – didn’t have that pattern. It was not clinically dispatched, it was killed, then the soft parts were eaten away by small carnivores. But not the ones you’d think.” He produced an evidence baggie. Within it was a small tooth. “I recovered this from within the brain matter remaining in the skull.”

If that doesn't make you giggle with glee then, well, you're probably not a DM. 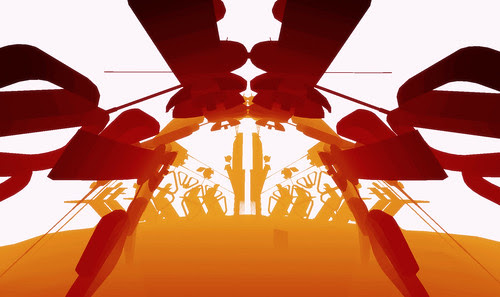 Amazing! How'd I do that?

Who thinks this stuff up? Clever people, that's who.