The Five Stages of Refactoring "I'm not cleaning this up!"

"Okay, we'll fix up this module if you promise we'll just rewrite everything else."

"This is never going to get any better."

Caravaggio's The Incredulity of St. Thomas, there. I am helpless to explain this. But if you are the person who put that fez on that snowman, and gave him that facial expression, I love you. 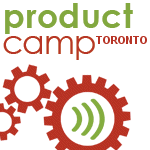 So along with a couple of other FreshBookers I'll be attending next month's ProductCamp here in Toronto Nov 2. I've proposed a session on the Big List so we'll see if folks are excited in hearing about that. If they are I'll make sure to post notes and so on here. For those who don't know, "the Big List" is kind of a cool system we've built at FreshBooks to manage our product management.

This is my first BarCamp event so I'm pretty excited!

If you're attending, let me know and let's try and cross paths.

FreshBooks is also sponsoring the after-Camp reception and we've got a fun challenge for product managers to show off their skills -- make sure you stop by and get your entry form.

...and yet more. From the blogroll:

The Price Of Freedom

From WorldChanging: What Else Could We Buy For $700 Billion? How about debt freedom for Africa, for one?

Some pictures from the always-amazing Astronomy Picture of the Day:

Say "Hi!" to everyone in the NGC 253 Galaxy, only 13 million light-years away. Like somebody once said, if we're alone in this universe, that seems like an awful waste of space. And on your right you can see a sight much closer to home, but possibly even more amazing. That is a single exposure you're looking at, presumably a pretty long one, but partway through the exposure the photographer set off a flash inside the cave to illuminate it for the film. Fantastic. Read about it here. People sure can be all kinds of awesome when they need to be.

Speaking of all kinds of awesome, the d20 Blonde sums up what has swiftly become one of my favourite games ever: Dread. I played in a game this past year run by the d20 Hubby, and let me tell you, when a Scooby Doo episode turns Daphne into an axe-wielding madwoman, something in the universe has gone terribly wrong. But in such a fantastic way. Anyway, the Blonde does a great job explaining why this game is so incredibly awesome, and her later posts include some great tips on how to run a game of your own, so if you're into having insane amounts of fun, check it out.

DINO-PIRATES and the Importance of Being Ignorant

Been sick for a few days and coming off that, I'm feeling rambly. Realised I never posted a GenCon report -- so here you go, point form:


I'm sure that answers all your questions. The good news is that all four DINO-PIRATES OF NINJA ISLAND games went like stink, largely due to the fantastic players at every session.

I also picked up a comic book for Steph that has turned out to beat expectations: Artesia. I met the creator and seemed like a nice enough guy, and the art was very compelling, so I picked up a hardcover compiled and brought it home and I've just now read it and I have to say, I'm planning on collecting the rest. Mark Smylie has really done his research and produced a fantastic story that feels deeply rooted in a world that operates on different assumptions than ours.

Too often fantasy authors produce cultures that operate according to the assumptions that drive our modern world, with ideas on justice or morals or social structure that don't reflect the trappings of the world they're supposed to be a part of. I'm no historian (Hi Stuart!) but even a little bit of research can make most modern fantasy writers pretty much unreadable.

So DON'T LEARN ANYTHING, for crying out loud! It only leads to trouble.

Unless you're Mark Smylie. You keep reading, Mark. Anyway, Artesia was a welcome acquisition and marks a new story for us to obssess over. Hurrah.

In other news, the game we demoed that I'll soon be telling you all about received a solid going-over and some basic usability issues were uncovered that determined craftsmen are even now working hard to eliminate. Determined. Hard. Honest.

And finally, the rules for DINO-PIRATES OF NINJA ISLAND have finally begun to stabilize. The stunt mechanic is solid now, as is the damage system (thanks, Baduin), and I'm working now with the clever crew over at the True20 forums to normalize the powers and the Fatigue mechanic. Once we're reasonably sure we have something that works, the full rules will become available online, and then ANYONE can play this game. Oh, yeah. DINO-PIRATES for everyone.

Also a quick shout-out to the Boston gang for some fantastic games and good times. Especially K and J, who were kind enough to put me up for a couple of nights. They did, however miss the comical moment where I was walking around downtown Boston and suddenly said, "Hey! This is the same Boston the Bruins play in!" Carl was amused.

So there you have it. GenCon 08. Nothing but good. A couple of things came together for me today and as per usual, in my head they turned into ideas about making stories about imaginary people even MORE exciting.

I've been re-reading Harrison Owen's Open Space Technology, which describes a type of meeting ("Open Space") that I've been dying to run for years. Yeah, it's weird. I wouldn't really care what the meeting was ABOUT, I just find the process so thrilling to consider that I just really want to see what it's like in "real life".

"The job of the facilitator is to create the time and space in which the group can realise its potential."

Also Steph was talking about what she loved about the book club she was part of back in Vancouver: that it was a place where each and every person was given time and space to speak and to share their ideas. She loved helping the group create that space, and found it extremely rewarding to be part of what they created.

I don't think it's quite as big a leap as it may appear to be. The job of the DM, after, is to create space and time for the players -- both in the imaginary sense by describing the scenes and characters encountered, but also in the actual, "real-world" sense. When the players come together at the table, and begin to interact, the DM has to manage the social situation, making sure that everyone around the group gets their chance to shine. While at the same time describing scenes that will give the players chances to do what they each long to do.

Great DMs listen to their players and identify what they need in order to realise their potential. EVERYONE at the table will have more fun if EVERYONE at the table has more fun. The biggest challenge a DM will face is making sure that all the varying definitions of "fun" around the table are manifested without destructively conflicting with each other.

The first step is understanding those definitions, and embracing them without demanding they conform to one's own. No player is ever going to have exactly the same definition as I do, and so it's futile for me to try and bend my players to MY definitions of fun. All I can do is try to understand what my players think is fun, and match that.

Of course, if my players think throwing dice at each other is fun, maybe the whole thing is doomed from the start.

I've remarked before that Dungeon Masters are a strange breed: like goalies, drummers and QA Analysts, DMs must have a very narrow set of skills, traits and interests in order to be good at the job, and not many people come with that mix. But how many other pastimes allow you to create space -- on two levels at the same time?